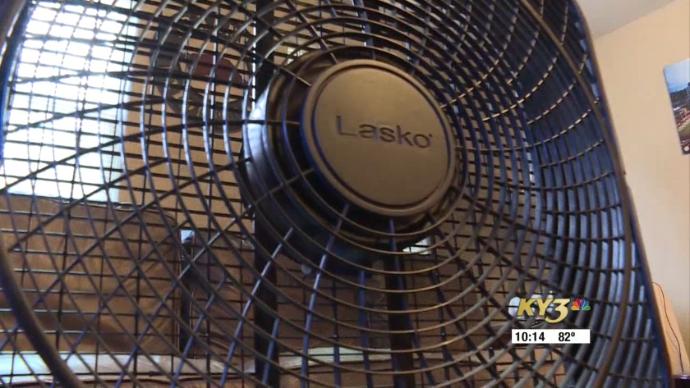 WEST PLAINS, Mo. — With the temperatures heating up, two groups are teaming up to cool down families across the Ozarks.

“You got a day today that’s 90 degrees, so today would be a great day to help out and think about somebody that would need a fan,” West Plains Ace Hardware General Manager Jamie Joiner told KY3.

Ace Hardware stores are taking donations for fans which will be handed out by the Salvation Army.

The 14th annual fan drive began Thursday and will run until the 21st of June.

“We raised $650, which actually went to giving 42 fans last year in the community,” Joiner explained.

This year, with the pandemic causing new struggles for so many, the need is expected to be greater.

“When you’re at the register and you make your purchase, basically they’ll ask you would you like to round up your change and you can round up your change or you can give any monetary donation, Joiner said. So if you want to give twenty bucks or thirty bucks, we have people that do that because they know that it’s such a great cause.”

Every cent raised stays in the local community.

People in West Plains who need fans will be able to apply through Ozark Action.

“So we had a fan in each room and it was such a blessing because those are small rooms and it’s four to room. There is no other fan. I mean we have A/C and a little window, but that’s about it. I think it saved lives actually because it was so hot last year. We anticipate it again this year. The humidity has been crazy,” Director Lori Concepcion added.

If you can’t make it to any of the ACE stores, you can make donations online. Those donations will also stay in your local community.

Online donations can be made here: