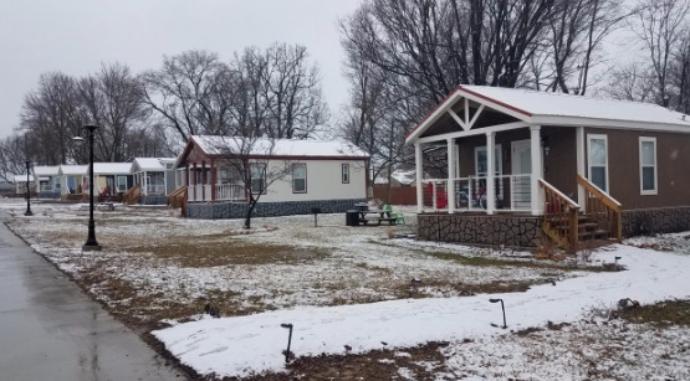 SPRINGFIELD, Mo. — The founders of a community of tiny homes known as Eden Village want to move forward.

Organizers now have a second site in sight for Eden Village 2. The group is looking at building more tiny homes at off of West Brower Street.

Eden Village opened in 2018. The nonprofit quickly filled all 31 single-occupancy homes. The residents include former homeless people in the community. They each pay rent, but many do not have full-time jobs, because they are chronically disabled.

The nonprofit that built Eden Village, Gathering Tree, has been looking for another site. They have a waiting list, and say they would like to build about five different villages across the city. One site on West Division didn’t work out after it failed a zoning change vote at city council. That led to a lawsuit. But in the past few months, a landowner gifted the nonprofit a former mobile home park on West Brower Street. The four-acre site will contain 24 homes and does not require a zoning change. Organizers are already trimming some trees and working on the fence for the next gated community of tiny homes.

Instead of ordering the homes from a company in Texas, this time organizers plan to get them from Village Home Builders in Neosho. Donations build the homes costing about $35,000 each. Eden Village hopes to have this project done by the end of 2020.