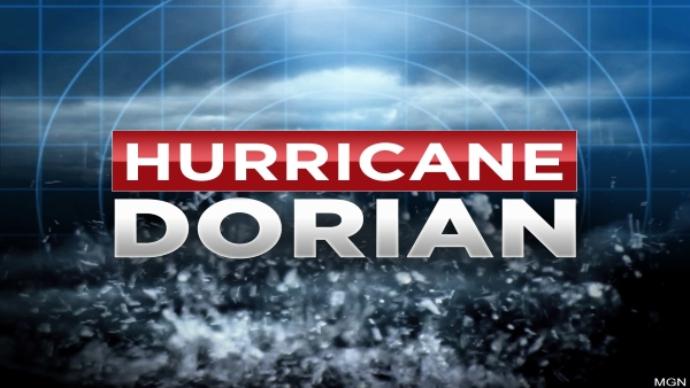 By Kara Strickland |
SPRINGFIELD,Mo. (KY3) – Volunteers and emergency responders from across the nation, including right here in the Ozarks, are preparing to leave and help those affected by hurricane Dorian.
Ryan Grabill with Convoy of Hope said conditions are getting bad.

“In the Bahamas unfortunately Dorian is probably one of the strongest Atlantic hurricanes that we’ve seen, with sustained winds of 185 miles an hour. There’s not very many safe places to be in that situation,” he said.

As people prepare for the hurricane to hit, responders are planning how they can help.

“Often times people are amazed that we are there and that we were able to get in,” Grabill said. “Sometimes the road actually closes behind us. That has happened multiple times, but we have the supplies and equipment to run a site and to continue to distribute relief supplies.

The safety of people who live in the storms path isn’t the only concern.
Those waiting out the storm with supplies in hand have to be prepared too. Ryan Grabill said they prepare for the worst.

“It’s part of trying to be there as soon as you can in order to help, that you run into some of those hazards,” he said.

Grabill said his team’s safety is his top priority.

All members of their disaster relief groups are fully equipped with personal protection equipment.

“We have chainsaw crews that are out working, they have the full protective gear on, or if we have distributions in the parking lot and have forklifts working we have thought through the process of people traveling and not getting in the way of the equipment, and people are wearing gloves,” he said.

When it comes to getting down to the storm, their transportation is sometimes limited.

“These trucks don’t handle hurricane force winds very well, even with stuff in them, so we try to be sensitive to that,” said Grabill. “Everything kind of revolves around team safety while trying to come up with a response plan.”