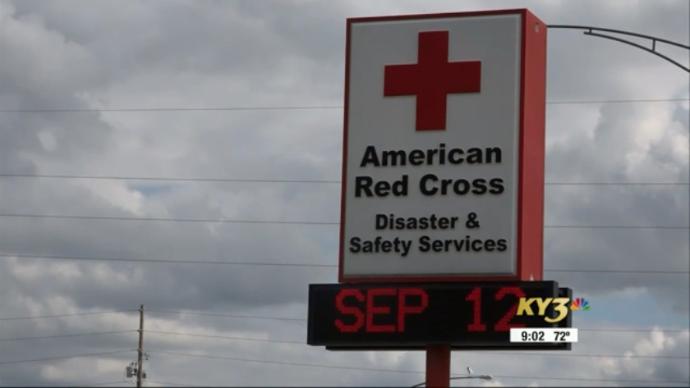 SPRINGFIELD, Mo. — Rick King has seen a lot when it comes to emergency response. He’s volunteered with the Red Cross’s Disaster Relief Team for the last 18 years, and has helped victims of Hurricanes Harvey, Katrina, and the Joplin tornado, to name a few. But, the former firefighter says that hasn’t changed the impact of how dangerous the situations are – that he’s walking into.

Longtime volunteer, Rick King said, “the hardest part is the flight home. When I finally sit down on that jet and it all comes to me…it can be quite overwhelming.”

But Rick won’t be doing that for a while, because he’s getting ready to fly to the east coast, and could be there for weeks. And, he knows the conditions he’ll likely face.

“A lot of wind. And, it goes for like hours literally,” Rick said. “It could go all day or all night whenever the storm hits, and then you’ll get a storm surge.”

The Red Cross uses strategy in their disaster relief, sending out all of their volunteers with specific assignments. For Rick, this time it’s LSAP – which stands for Life Safety Asset Protection.

“We make sure the shelters are okay. For people to go into, make sure they’re sound structures,” said RIck. “We make sure that everyone is keeping calm. We take care of problems if they come about, help people locate family members.”

Rick will be leaving with another volunteer at 6 tomorrow morning. Adding to the about 55 volunteers from Southern Missouri and Northwest Arkansas that have already been deployed – – who will be helping with mass care, providing mobile meals and snacks, and helping in shelters.

He says keeping calm during the stress will be key.

“I’ve worked some that you know, you may feel that you are in jeopardy, but if you’re just calm and go with it and work through your skills, it turns out alright,” said Rick.

And, despite the danger, Rick says it’s definitely worth it.

“It is an awesome feeling,” Rick said. “It’s hard to explain in words… you have to be there to feel it. To know that you have sheltered someone, saved their life. You are feeding them and taking care of them. It’s probably one of the best feelings I’ve ever had.

Rick told me today – that volunteering for the Red Cross is a family affair. He said that as a kid… seeing one of his grandmother’s old uniforms hanging in the closet, caught his curiosity… and is what pushed him to first get involved. The Southwestern Missouri Red Cross says they have volunteers on standby right now if needed. And that if you want to know how YOU can help, they are always in need of more volunteers.